It can be found here.

It’s a Morinaga Milk review spree! I read two short Morinaga Milk ones, so I thought I might as well do two reviews since both are fairly short. 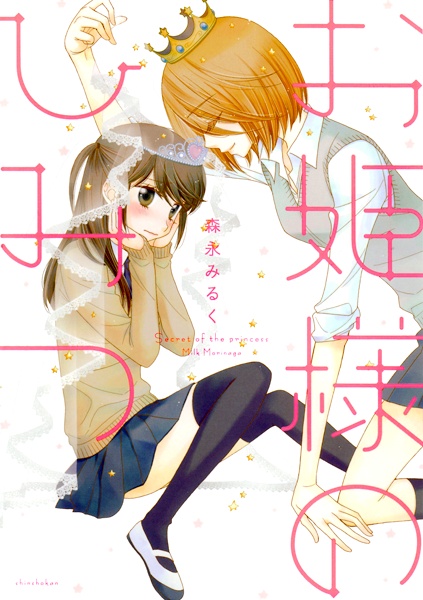 Secret of the princess is about two girls in an all girls high school. Fujiwara, a cool, volleyball star, and Miu, a shy girl who’s main focus in life is to marry her prince. One day, she witnesses Fujiwara knocking over the Principle’s expensive vase. Fujiwara begs Miu that in exchange for not telling on her, she will do anything Miu asks. Miu has always wanted to date but never had the chance, and asks Fujiwara to simulate being her boyfriend.

For the art, I had no complaints this time. Despite Miu being cute, she thankfully was drawn to not look that young in this. No points deducted here. Both girls are very cute, even fujiwara the “tomboy” is very pretty.

The setting takes place in an all girls school, so no deductions on Yuri here.

As for story, it was definitely a cute story, but there’s just enough conflict and love to make your heart beat faster which I actually adored. Despite it being very short, it was very enjoyable.I do wish it was longer, and for that A POINT DEDUCTION. Also it is short, so ANOTHER POINT DEDUCTION.